Today I have a slimline card depicting different scenes that Alice encounters.  I've used the Alice and Tea Party stamp sets, paired with some Champagne Stardust, to create it.  I love slimline cards in that it allows one to have one very long scene in it or several smaller scenes, which is what I have opted for today. 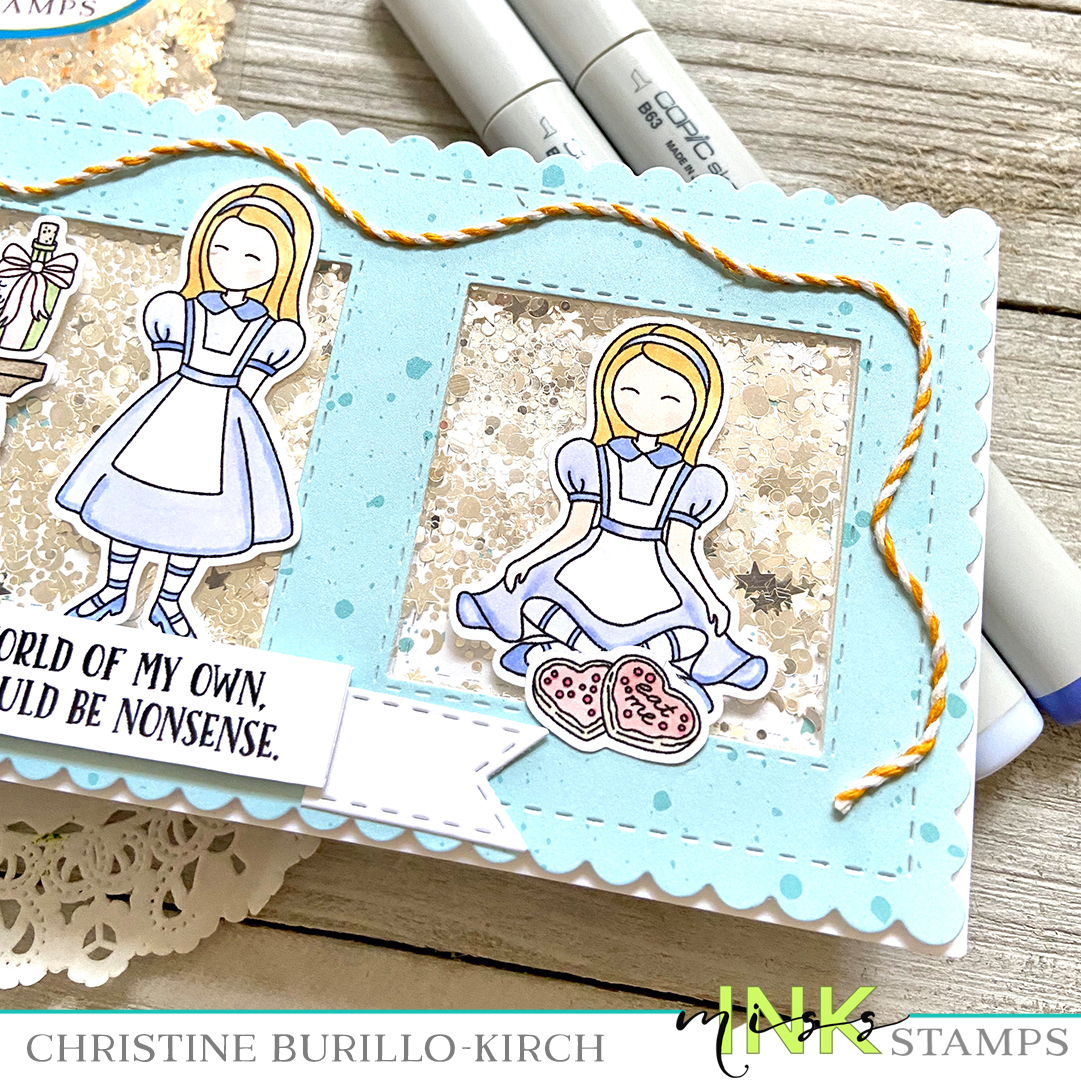 I used the Trinity Stamps slimline windows & banners dies to cut a banner out of white cardstock and a slimline panel with windows out of Lawn Fawn speckled blue  cardstock.  I decided to make a shaker card to give the card more visual interest; so I placed the window pieces onto a 8.5 inch by 3.5 inch card base, poured some Champagne Stardust on to it, surrounded it with double sided foam strips and adhered an 8 inch by 3 inch acetate piece, and then adhered the scalloped slimline panel to it to trap all the sequins.

I colored all the images from the Alice and Tea Party stamp sets very simply; I used Y21, YR21, B63 and E00 copics for Alice. The table was cut down to show partially; everything was adhered on top of the acetate and panel. Finally I added the sentiment and glued the twine with connect glue in a pleasing manner.

Thank you so much for stopping by!